Globalisation is a simple term, yet it is hard to be defined.

With the advancement of Information Communication and Technology, the world has become more and more interconnected. Never before in human history has such intense relationship with each other. The relationship is built up through international trading, communication and culture. In other words, the world is becoming one large market, rather than just a series of separate national markets. It also means that same goods and services can be found not just in one country, but throughout the world. This is what we called, the ‘globalisation’.

According to the Oxford Dictionary, the word ‘globalisation’ means

“The process by which businesses or other organizations develop international influence or start operating on an international scale.”

Just turn and look around, you will see a lot of things that have been globalised, such as your cell phone. 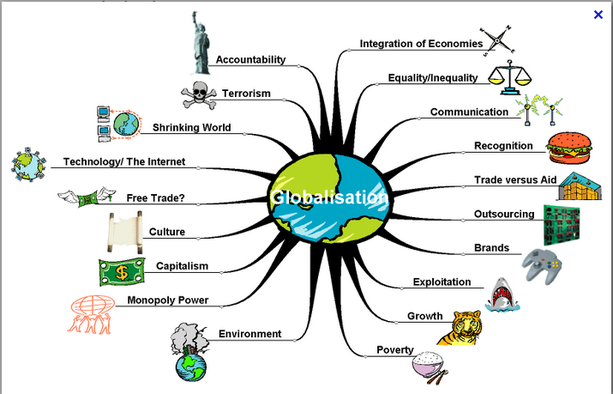 Globalisation can be both threat and benefit to certain businesses in certain countries. It indeed raises the standard of living of many people. However at the same time it drags people deeper into poverty too. Not all people that suffer from poverty get into worse situation of life because of globalisation. As globalisation goes up, competition among businesses become more intense. A business needs to be extended so that they can increase their output of production. To do so, they need more labour and this gives more opportunity of work to the poor families.

Some businesses got worse because of globalisation, especially small businesses and third world countries. Their inability to develop their technology causes lower sales of production compared to others. As a result, they are unable to catch up with the businesses that benefit from globalisation. The workers then lose their jobs and this influence their daily lives.
Powered by